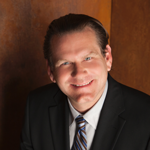 James C. Gallo is an experienced criminal defense attorney representing clients in the federal, state and municipal courts in Las Vegas and throughout Clark County, Nevada.

He began his legal career practicing primarily in the areas of insurance defense and civil litigation before moving into criminal defense. Early in his career, he developed a broad range of experience in these areas and conducted numerous arbitrations, mediations, bench trials and jury trials.

During the course of his legal career, he also has developed a broad range of appellate experience. As a Las Vegas criminal defense lawyer, Gallo has argued before the Nevada Supreme Court and the Federal 9th Circuit Court of Appeals on numerous occasions.

In April of 2004, Gallo opened the Law Offices of James Gallo Jr, Esq., now known as Gallo Law Office. The firm is focused on law cases for the criminally accused. In that regard, he has defended thousands of clients from minor traffic violations to murder and sexual assault allegations. Criminal defense lawyer James C. Gallo has conducted numerous bench and jury trials.

By submitting this form, you are requesting for a free and confidential consultation to discuss the specific facts of your case with an experienced criminal defense lawyer in Las Vegas, Clark County, Nevada. Gallo Law Office will be in contact with you as soon as possible to arrange scheduling this consultation.

Thank you for contacting us. We will get back to you shortly.

Please complete all required fields below.